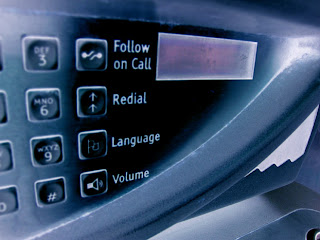 “Tonight,” Huck Finnish rasped, prodding a Braille edition of the Qu’ran between the umma’s detention container’s bars. The umma, though deep in prayer, nodded approval, felt for the book with his wormlike fingers as if truly sightless. He withdrew to the cell’s nether end, to the surveillance camera’s single blind spot, felt between the vellum pages of the sacred book and whisked a phosphorus grenade from its hollowed-out pages into a fold of his decorative khaftan. His lips remained busy in motor-mouthed piety as he returned. The mesmerized Huck had learned to elude the camera’s gaze when muttering to the umma. “We’ve delivered the plastique to our brothers in jihad,” he said without moving his mouth. “And the grenade launchers, the flame-throwers, the AK-47s….” “Timing is everything, Huck Finnish, let us synchronize our mental clocks…” A mere glance at the Whirling Eye sufficed for Huck to lock into sequence with the umma’s temporo-spatial master plan, a procedure Huck reproduced with Clerk Typist Stang, Tom Sawbone, and their confederates in the course of yet another satanically broiling day at Gizmo—their end of days at Gizmo, may Allah B. Allah. Huck didn’t really know what “irony” was, but experienced it strongly all the same: all his few years hadn’t had a turd’s worth of purpose, yet he’d now discovered his life’s meaning in the way it was going to finish up—no pun intended in his noggin. For sure as shit him and Tom would be ditching the material world in a matter of hours—who ever would’ve thunk it would be in a sacred cause much bigger than them? And that neither one nor th’uther would be one eensy bit timorous about buyin’ the farm, now that the True Meaning had been Revealed? Huck sure hadn’t been scratching around for any meaning in his existence, but it had smacked him flat in the kisser right here in Gizmo, Tom too—but then, he reflected, it’s just when you ain’t lookin’ for somethin’ you wind up findin’ it, and he could’ve wept tears of gratitude right there on the spot to the Holy Umma for bathin’ them both in the White Light that would soon swallow him and Tom like a coupla sunspots—he couldn’t even put it into words, but knew like he knew his own name old Huck and Tom would skedaddle free of this world of care and smelly gym socks like snakes wriggling out of their skins, and this time tomorrow—if eternity was tomorrow and didn’t include today and yesterday as well—be pleasurin’ each other up in Paradise under a Niagara of Vasoline.
Posted by Irma Vep at 3:57 PM