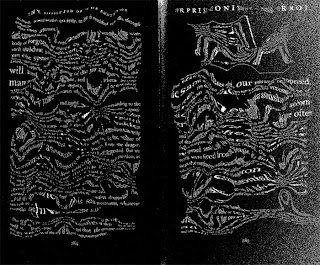 “Just to avoid any misunderstanding, Mr. Hevert—” “Randolph. Please.” “You’d like me to kill your wife.” “What I’d like,” Randolph told his nemesis, “and what I can reasonably afford—may I call you Denzel?—are two entirely different things. This is quite a space you have here. Bit run down.” “I’m not big on interior design,” Denzel shrugged. “Although, I must say, your wife has done wonders with that tasty little neo-Colonial in Fentonville. By the way, my friends call me Denny.” Randolph returned the shrug. “I’m not your friend. You’re bonking my spouse. Consider me a business associate.” Denzel Braithwaithe poured himself a neat single malt scotch and peered out the window of his loft. A cargo craft loaded with coal imperceptibly crept seaward on the East River. Soon the early evening afterglow of day would wane and the blazing casino lights of Williamsburg would transform the view into a riotous blight. What bothered him above all were the amusement park rides flanking the simulated Manhattan ranged along the other shore. He had often considered tampering with the mechanism of the roller coaster, and pictured the impact of its mangled cargo on the river’s phantasmagoric reflections. “Very well. It’s on the house. I pay my own rent on this dump, by the way.” The loft’s floor planks creaked, its tin ceilings sagged. Curtained-off areas concealed Denzel’s bedoom, his darkroom, the bathroom, everything except the wide decrepit space of the living room and kitchen. “Looks it.” Actually, Randolph would’ve preferred living in this kind of broken-down space above the fish market to the pied-a-terre on Sutton Place, for he imagined himself something of a bohemian roué under the skin. The river view stirred in him all kinds of plangent emotions, among them nostalgia for the city he’d known in his youth, when such pockets of desuetude as Denzel Braithwaithe lived in had not been rare and ripe for pillaging by real estate developers. This was, of course, a manufactured memory, as Randolph had been raised in St. Paul, Minnesota. He often felt nostalgic for things he had never known in the first place. He assumed this was one of the many effects of the innoculations given to select personnel at Stoat Pharmaceutical, where Randolph vetted potential hires in Litigation. Randolph had joined up with Stoat at its inception, when its maiden line of memory drugs was still in clinical trials—getting in on the ground floor of what proved to be a veritable space shuttle of soaring capital. And he was, like most Stoat employees, a willing guinea pig for its ever-broadening experimental formulae. “Now you begin to offend me.” Denzel, in fact, deflected Randolph Hevert’s attempts at truculent masculinity with artfully dissembled amusement. The man had obviously been driven over the edge by Rebecca long before Denzel started boning her. Any man would’ve lost his marbles cohabiting with such a shrew. “Most men would say that’s rather the pot calling the kettle black.” Hevert’s umbrage sounded unconvincing. Denzel knew Randolph Hevert had plenty of money. He knew where it came from, he knew Rebecca had married him for it, but from what little she’d spilled about the Hervert Trust, the money had complications attached to it, something to do with Hevert’s former wife, reputedly a great beauty and a rapacious nymphomaniac. “But you aren’t like most men, I take it.” But you are, thought Denzel. You’re like every cuckolded white man in North America. Just a little more extreme in your reactions, and that’s the money talking, and the designer drugs. Denzel knew a few things about Stoat Pharmaceuticals. He knew, for example, that some of its less advertised products made their way into Newark and Jersey City at the street level and he had seen what these party favors could do to people’s minds. Randolph paused in his oration to reflect. He had certainly caught Denzel’s full attention on the L Train platform on 14th Street, and had retained it thusfar, all the way to this capacious pisshole near the Fulton Fish Market. Decent air conditioning, he had to give him that, but the smell of fish suffused the place, as if Denzel had a whole harem of cooze concealed behind those ceiling-to-floor curtains and had been pounding every one of them nonstop for months. “Depends how you view it. If most men were in a position to offer what I’m offering you under the same circumstances, I can’t swear to it but they’d probably do the same.” Denzel felt something like admiration for Randolph: he looked you straight in the eye as he acknowledged his moral bankruptcy, even invested it with a touch of pride. Of course there wasn’t any question of love between himself, Denzel, and Rebecca: a small degree of post-coital affection, that was all, and he never stayed long enough for Rebecca’s disagreeable nature to assert itself. And, of course, Denzel had seen this movie before: Randolph would try to kill him after Denzel murdered Rebecca, and it wouldn’t be any half-assed attempt, either; the man would’ve thought that move out long before any of this had advanced to step two, or three, or whichever this tete-a-tete could be considered. Ergo, Denzel would have to contrive to murder both of them, after collecting the swag Randolph was offering—and Randolph would have anticipated that scenario as well. Doing Rebecca would be simple enough. But Randolph would have to disappear. The body would need to be entirely dissolved in quicklime or acid, or pressed through a wood-chipping machine, or rendered nonexistent in some other way. Fortunately, Denzel would have ample help with this inconsequential task. “Can I offer you something? A scotch? Coffee?”
Posted by Irma Vep at 1:48 PM