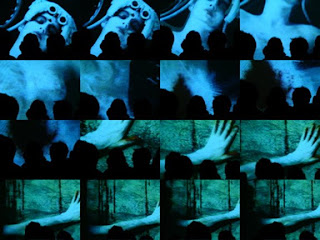 Pvt. Arnyld Stang, a Clerk Typist from Requisitions, has unexpectedly become the very best friend of Huck Finnish, a strapping lad he has often Admired from Afar: one suffocatingly humid afternoon, Private Huck sauntered into Private Stang’s office, approached his desk with a disconcerting air of humility, and introduced himself with a hearty handshake. The touch of another man sent Stang into a near-swoon, and the firm grip of this particular man practically caused him to faint. Not that Stang was one of these don’t ask don’t spill types. Each morning in his mess kit mirror, Stang told himself, “Arnyld, you CAN attract women, women LIKE you, not just as a GIRLFRIEND, these sissy ways of yours are nothing but DEFENSE MECHANISMS.” Still, Pvt. Stang found himself Hard Put to believe himself as he worked through his Affirmations, the way some of the men did their facial isometrics. “Ahm told,” said the manly Huck, still Meek as the Pascal Lamb, if that was the correct Biblical animal of sacrifice, “that yoah the man to see if’n theys ennethin’ we particlarly find usselves cravin’ from the PX thet they doesn’t have.” Pvt. Stang, flummoxed, managed to sputter out: “We we well I guh guh guess I am, Private Finnish, if you you ca ca can tell mi mi mi me what it is you need.” Huck leaned over the wooden railing, the better to murmur in Pvt. Stang’s almost deformedly large ear, in which hairs had accrued thick enough to suggest those follicles and cuticles that continue generating tissue after death. “Tuh tell yuh the trooth, Pry Vat Stang, I’m in a wee tahny bit of a pickle. See…” See. Stang could only see the antique pocket-watch Finnish had drawn from a uniform pocket, swaying slowly on its gilt chain, back and forth, forth and back, Stang’s eyes following its lugubrious movements as Finnish’s voice reached his ears from very far away, a sound echoing down an endless tunnel. The voice divided in the tunnel, and the tunnel’s lanes of rain-slick tarmac carried the sluicing of automobile tires, headlights occluded by blinding white light bathing everything in a metallic sheen. One voice repined for a delicious childhood chocolate treat, a hard trapezoid of embossed milk chocolate with nuts and raisins embedded inside it. “Ah shure wid relish sinkin mah choppers into a good ol’ fashin Chunky,” it declared, stirring in the coral-like epithalamic folds of Pvt. Stang’s brain matter a long-forgotten expression, issuing from Stang’s own mouth: “Whatta chunka chocolate!” Yet a quite different voice rolled down the seamless shiny tiles on the opposite slope of the tunnel, as military jeeps, their rear compartments piled with strange-looking, translucent pods of some sort, splashed the wet lanes of the motorway, whispering, gently commanding, instructing Stang to secure the punch codes for the locks on the ammunition depot, the titanium bolts on the weapons storage bunker, commit these codes to memory, and communicate them to Tom Sawbone in precisely thirteen hours, when Sawbone would appear at Stang’s office with requisition sheets for more surgical masks used to cradle the Qu’ran in the cellblock of Building 5, Camp 5, the isolation camp’s most notorious cellblock, to prevent the sacred book from touching the floor of the detainee’s rabbit warrens. Stang would retain each code until it reached Tom Sawbone’s ear. He would then retain no memory of the instructions he was hearing now, the codes, or even the identities of Huck and Tom. “When ah clap my hands and say Thank Heaven for Funnel Cake, you all will wake from yoah slumbah and go about yoah business just like as if nuthin ever o-curred. But yoah brain will memorize them codes, Prahvit Stang.”
Posted by Irma Vep at 1:48 PM