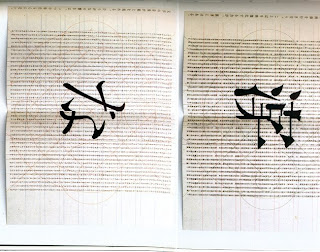 Nico (October 1938 –1988) As keyboard player on Nico’s last several tours—of Italy, Eastern Europe, the U.S., Australia, and Japan—James Young was a bit of an anomaly, a philosophy grad student who had dropped out of Oxford for a walk on the wild side. As he makes clear in his casually brilliant book on Nico, /ak/a Christa Päffgen, Nico: The End, the wild side ¬wasn’t exactly in fashion anymore, and neither was Nico, except among hard-¬core junkies. By the time Young met Nico, she had lost her looks and her mystery. She had retained the mind-¬boggling narcissism common among junkies. She hated sex, hated eating, hated performing. Her life revolved around scoring, shooting, and nodding. She never took a bath, and spent a lot of time draining abscesses from infected punctures in her legs. The book opens in Manchester, where Nico settled for a while in the early ’80s, mainly because she could score high-¬grade Iranian heroin there. Her manager, an oily con man and compulsive eater named Demetrius, decides to assemble a band to tour with her. Echo, Toby, Bags, and Raincoat—and, later, Eric Random, Wadada, and various roadies—serve Young’s narrative as a scummy chorus of ripe gargoyles, notable mainly for their miserable personal hygiene and childish obsessions. (Bags’ dream is to meet and hustle Andy Warhol, Echo’s to stay at the Tropicana and trade shoe-¬fetish lore with Tom Waits.) They were, by Young’s account, remarkably untalented musicians (Young includes himself) who learned a little on the road. At times it’s hard to tell them apart; each character is a collection of curious inanities and compulsions, smells and physical defects. This book exudes an absolute horror of the body—flesh suppurates, bloats, peels, flakes,and gives off hideous odors. Despite the quixotic, way-¬out-¬of-¬the-¬mainstream, unprofitable nature of the tours, everyone is, in some beetling and pathetic way, a self-¬absorbed opportunist. Young gives ignobility a tonic quality in this book, but in the world he’s describing, one stinky creep is much like another. Nico is the driving force of Young’s narrative, and heroin is the driving force of Nico. The focus of every gig outside Britain is where to score Nico’s dope—there’s a hilarious passage in which a Czech promoter, misinterpreting Demetrius’ coded telephone message that “Nico needs special fuel,” turns up with several gallons of bootleg gasoline. Young makes it depressingly clear that Nico had retreated so far into her habit that she trashed anything that resembled a human relationship, whether with old friends or new. The only consistent bond was with her son by Alain Delon, Ari, who first shows up in Manchester with a surprise for Mom: a loaded hypodermic. A pathetic pretty boy whose rejection by Delon must have engraved many scars, Ari’s standard pickup line is, “I was een ze Factory wiz Andy War’ol.” Young writes with the merciless clarity of youth: as someone with, as the phrase goes, his whole life ahead of him, he isn’t much invested in nostalgia or mythmaking. While he pays appropriate homage to the remnants of Nico’s charisma and specialized musical allure, he’s fresh enough to register just how tired the “Welvet Undergron Warhola Zuperstar” trip had become in the Decade of Greed. Nico herself was tired to death of the Velvets’ legacy. Sadly, she died—at age 50, in 1988—not long after scrapping heroin and recovering a long-¬squashed interest in the future. Nico the End also offers several richly unflattering portraits of relics from the bad old days encountered on the road: toothless Gregory Corso spewing saliva and crappy poetry in an Amsterdam dressing room; Allen Ginsberg, at a Liverpool reading, still making with the Buddhist chanting and “fuck me in the ass” oratory from when he was young and unattractive; and John Cale, in two incarnations—one drunk and flatulent, the other cleaned-¬up and hyperprofessional. Young’s picture of Nico ¬doesn’t just leave the warts in: it’s mostly warts. But for him the Nico trip was an adventure, not a major career investment, so that’s probably why his prose is blissfully free of bitterness and score-¬settling. Nico’s bursts of unthinking malice, her autistic selfishness, and her complacent ignorance about the world beyond her handbag and hypodermic are endearingly recorded as take-¬it-¬or-¬leave-¬it features of a truly batty personality. In the end, Nico is heroically herself, a marginal has-¬been with moments of almost accidental brilliance on stage and off. Young says that her memory was arrested at the point when she became a junkie—she talked about Warhol, the Velvets, and Bob Dylan as if time had stopped back in 1968, and everything after was a blur of seedy digs and bloody fixes. But like most junkies, Nico needed heroin to treat an excess of self-¬consciousness and a punishing awareness of wasted time; reproached for ignoring an Italian fan, she snaps, “Anybody who wants to see me that bad has got to be crazy.”
Posted by Irma Vep at 2:12 PM